Arrive to Freetown’s Lungi International Airport, which is one of the world’s most uniquely-situated airports, located on the
northern coast of the Freetown Estuary. On arrival, disembark and enter the arrivals hall for baggage reclaim. You will be
met by a representative from VSL TRAVEL who will have a signboard with your name on it after customs. He will be
available to deal with any immediate questions then get you on your private vehicle for transfer to the dock from where you
take the 30 minute boat ride and make a charismatic entry to the city catching a glimpse of the towering hills over
Freetown. Once in Aberdeen, you will be met by your guide and driver and transferred to your hotel.

Today we start the day by having our first look around the vibrant city and make a sweep through its historical core. With
the car and guide at your disposal you will visit sites such as the Railway Museum, St. Georges Cathedral, National
Museum, Peace Monument, the Maroon Church, the Cotton Tree, The Gateway to the Old King’s Yard and Fort Thornton
(where the Presidential State House now stands).

After lunch (not included unless otherwise stated), you will head for Tacugama Chimpanzee Sanctuary.

You will see the amazing work being done by Bala and his team. Chimpanzees are often cruelly or ignorantly kept as pets,
or sometimes hunted for their meat. Today however, more than 100 primates find haven at Tacugama, swinging from
branches, hooting with happiness, throwing things at passers-by with the petulance of children, nuzzling each other with
tenderness of mothers attending to newborns, and picking bugs out of each other furs with the attention of Madonna’s
manicurist, even the least animal-friendly of visitors gets sucked into the magic within the moments.

Apart from the Sanctuary there are other attraction sites available in this area to occupy your time among which is the
viewing of over 100 bird species that have been identified in and around the Tacugama Forest Reserve.
After the chimps tour, you are transferred to your hotel.

This morning we go to Bunce Island with a private speedboat, viewing the city from the coast as you go by. Bunce Island
was the largest British slave castle on the Rice Coast of West Africa. Founded around 1670, it exported tens of thousands
of African captives to North America and the West Indies until the British Parliament finally closed it down in 1808. Bunce
Island is left to decay, and although this raises questions of preservation, it does have a certain charm. It is authentic, raw –
a painful history that is burying itself under layers of greenery.

After the Bunce Island tour, you will go on a tour of the peninsula beaches. You will make stops at Lakka, Hamilton and River Number 2 beach before being transferred to your hotel

This morning, we head to Kent Village on the peninsula to catch a boat to Banana Island, for a chance to explore this
scenic paradise. Three islands make up the Banana Islands: Dublin and Ricketts are linked by a stone causeway. The third
Mes-Meheux is uninhabited. We will be going to Dublin, with its backyard gardens, big breadfruit trees and rare and
delightful butterflies. You will be welcome by the sleepy but friendly community and go on a tour of this quiet paradise.
These pristine islands are a wonderful place to experience laid-back Sierra Leone and there will be various optional
activities available for everyone, including hiking, snorkeling, scuba diving, fishing and or a scenic boat trip around the
island. This is an opportunity to have an insightful land tour of the island and set aside some time to explore on our own
around this virtually unknown area of West Africa. Lunch will consist of locally-caught fresh fish, prawns and lobsters (all
subject to availability)

A visit to this tropical rain-forest is undoubtedly one of Sierra Leone’s wildlife highlights. Enriched by the lazily flowing
waters of the Moa River you are immersed in the sights and sounds of this safe haven. There is some of the most diverse
chimpanzee and monkey populations and more than 700 species of plants life, not to mention the elusive pygmy hippo, a
squat little nocturnal beast found only in Liberia, Ivory Coast, Guinea and Sierra Leone.

Depart Freetown for Tiwai Island, departing 8AM, taking an early lunch in Bo. Arrive at Tiwai Island c. 3pm, with time to rest
at camp following transfer to Tiwai Island by boat from Kambama. After arrival and a bit of a rest, take a late afternoon/early evening boat trip up the Mao River in an engine-powered boat. Take in spectacular views of Tiwai Island and the neighbouring mainland, looking out for monkeys jumping between the trees, some 135 species of birds and, of course, the occasional crocodile and the very elusive Pygmy Hippo.

In the morning, relax at camp or rise early to take a stroll into the forest to watch for monkeys and birds, with binoculars at
hand. Depart Tiwai Island at 9AM and head to Gendema/Bo-waterside (Liberia border), arriving at 11:30AM. After observing
immigration procedures, you are transferred on a 2 hour drive to Robertsport Town.

Robertsport Town was named after the first President of Liberia, Joseph Jenkins Roberts. Robertsport is a fishing
community and also blessed with a surfable pristine beach.

After breakfast, take a 1.5 hour drive to Monrovia and embark on a historical journey through the capital of Africa’s first
independent Republic, Monrovia. Formally known as “the city of Christ” or Christopolis, this little city holds a tremendous
amount of antiquity. Nestled in Monrovia’s highest point, Ducor Hill is Liberia’s first defense facility, Fort Norris, the country’s
first lighthouse, a monument honoring our first president, Joseph Jenkins Roberts, and the remnants of Liberia’s first fivestar hotel (the first in West Africa), The Ducor Hotel.

Our country’s Declaration of Independence was signed at Liberia’s oldest and most prestigious church, Providence Baptist Church on July 26, 1847. Treat yourself to a full walk through of this sacred place which was built in the early 1800’s by returning Americo-Liberians. Monrovia’s historical gems also include the grave site of the country’s most distinguished president, William V.S. Tubman, the Centennial Pavilion, and Providence Island where Liberia’s first town was established in 1822. End the tour with shopping at the African arts center where you’ll find hand-made jewelry, African masks, crafts and souvenirs. Make sure to chat with the store keepers as they are encyclopedias of Liberia’s cultural and traditional heritage.
Overnight at Bella Casa Hotel or similar

The Firestone Rubber Plantation
This morning, your Guide and driver will pick you up for a ride through the world’s largest rubber plantation. Having been a
part of Liberia since 1926, The Firestone Rubber Plantation is filled with rich history to be revealed to you through live
commentary during your tour. At the tours end head over to The Firestone Club House Restaurant. This quaint eatery is the
perfect place to enjoy local and international cuisine, and also offers a gorgeous view of the plantations 9-hole golf course.

Monkey (Chimpanzee) Island
The Monkey Island is an archipelago of six islands on the Farmington River in Marshall inhabited by chimpanzees. The
chimps were subjects of a hepatitis research for 30 years by a New York lab. The research ended in 2005 and they were
freed on the islands.
The chimps are currently being looked after by the Humane Society International. They are being fed twice a day.
After lunch, you are taken on a boat ride for a tour of 3 of the uninhabited islands.

Libassa Ecolodge
After the chimps tour, you are transferred to Libassa Ecolodge where you will spend the night.
Libassa Ecolodge is an Eco Tourism Resort in Liberia, close to the Ocean, a Virgin Tropical Forest, a Lagoon, and is built
and operated in an Eco-friendly way. There are varieties of activities you could do at this resort such as snorkeling, paddling, bird watching, kayaking, watersports, beach football/volleyball etc.

Overnight at one of the wooden thatched house

Today, you will spend your full day relaxing at the beach or engage in whatever interests you at the Ecolodge

Today, you can do some last minute shopping for gifts or souvenirs at one of Liberia’s arts and crafts market before being
transferred to the airport. 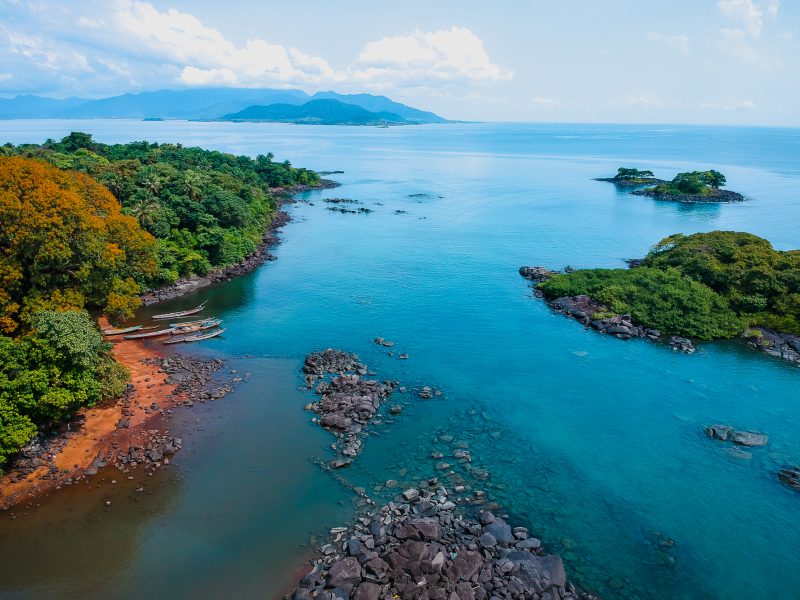 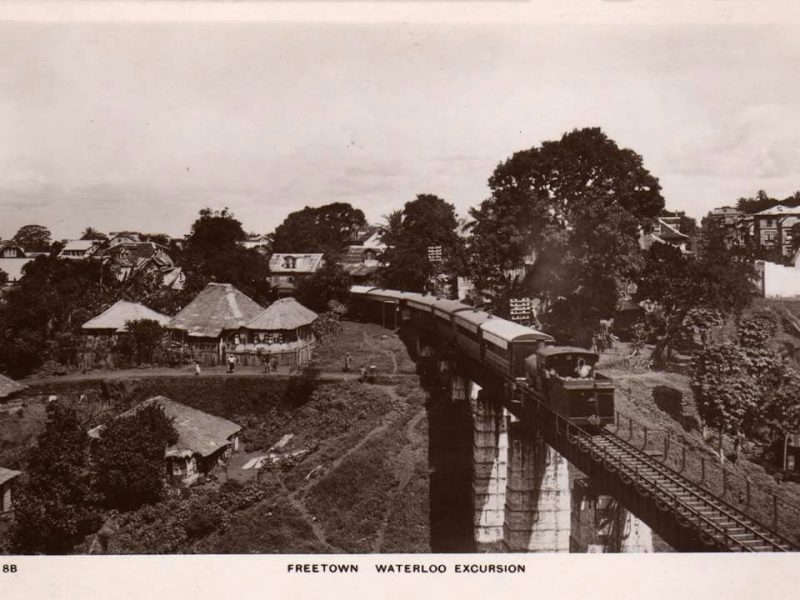 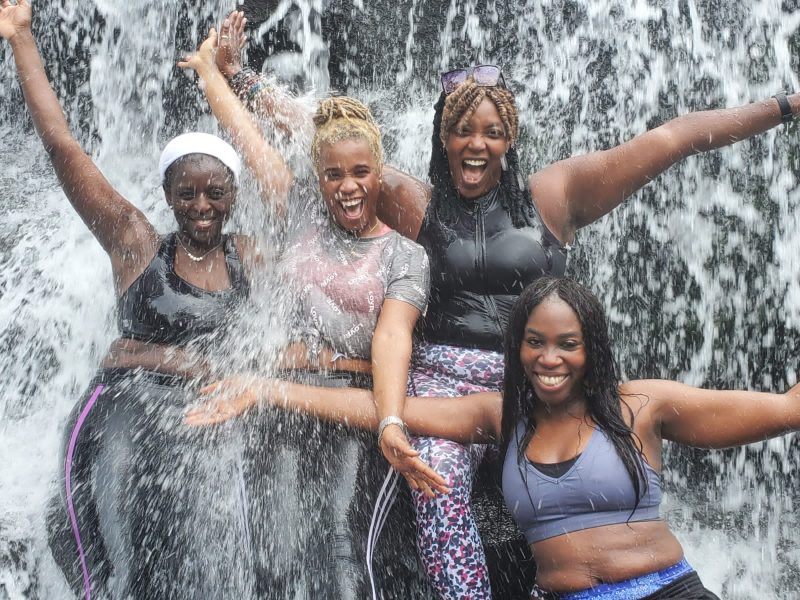 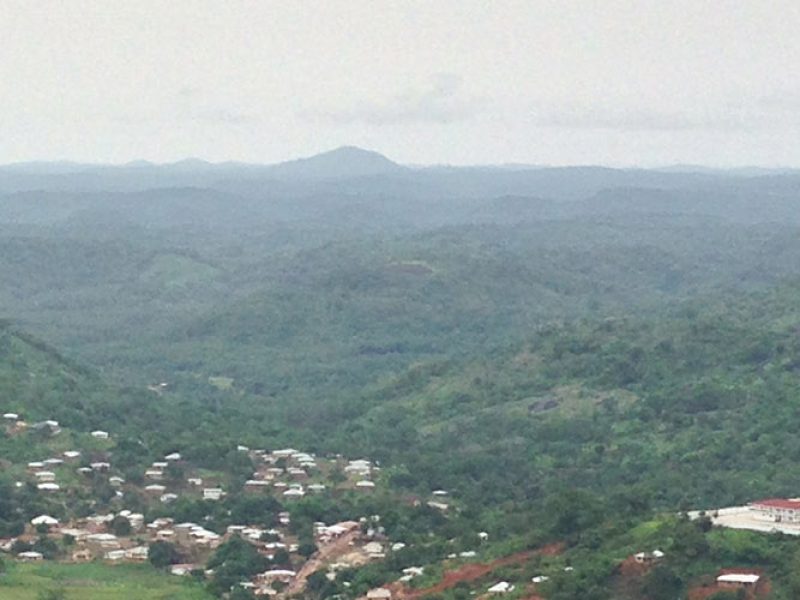